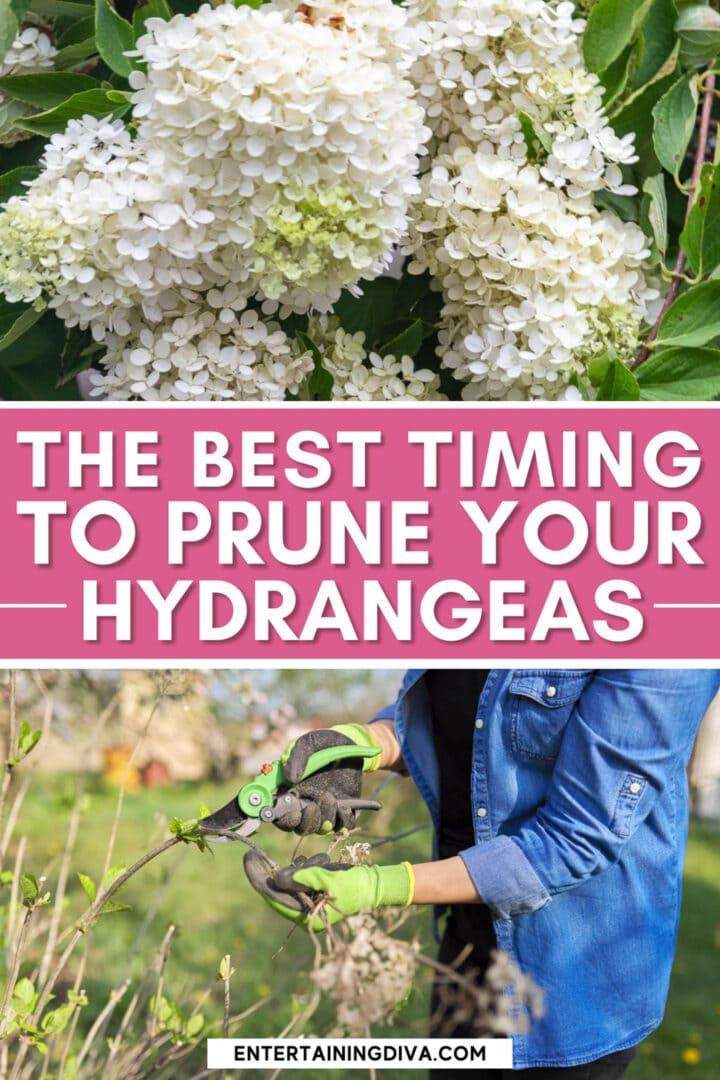 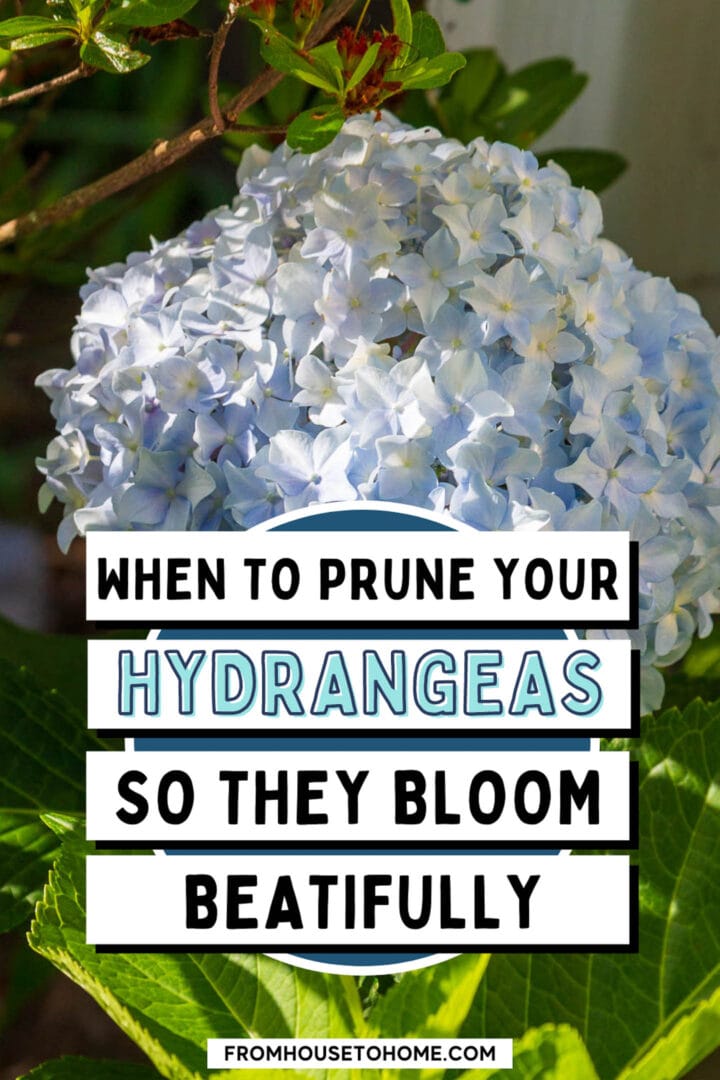 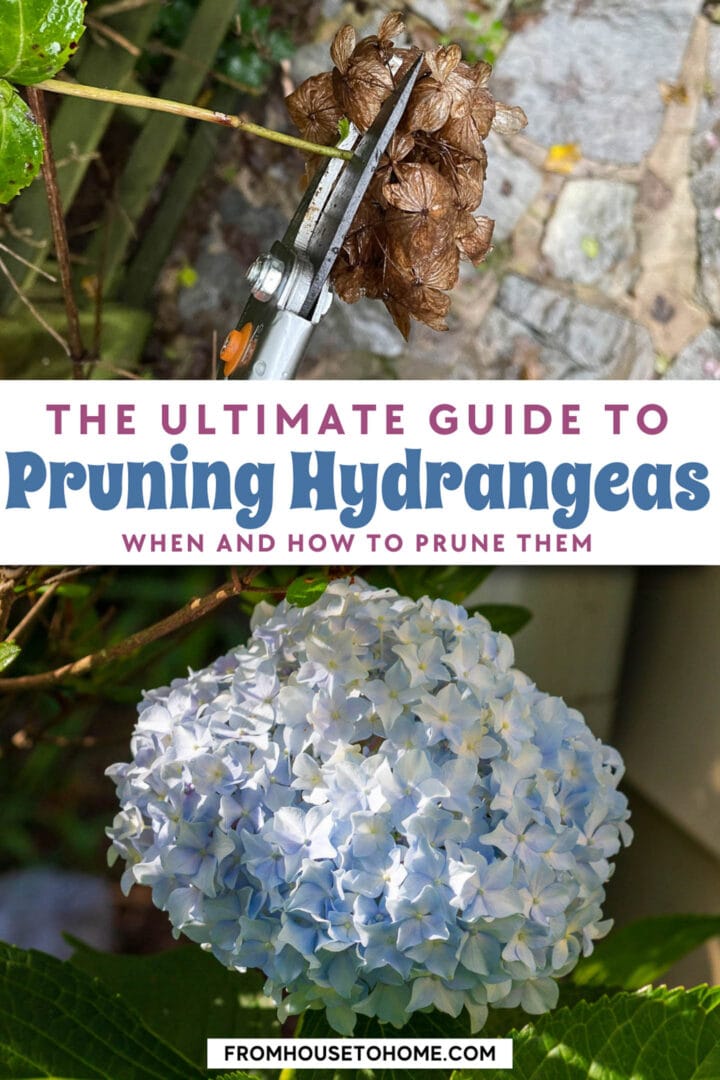 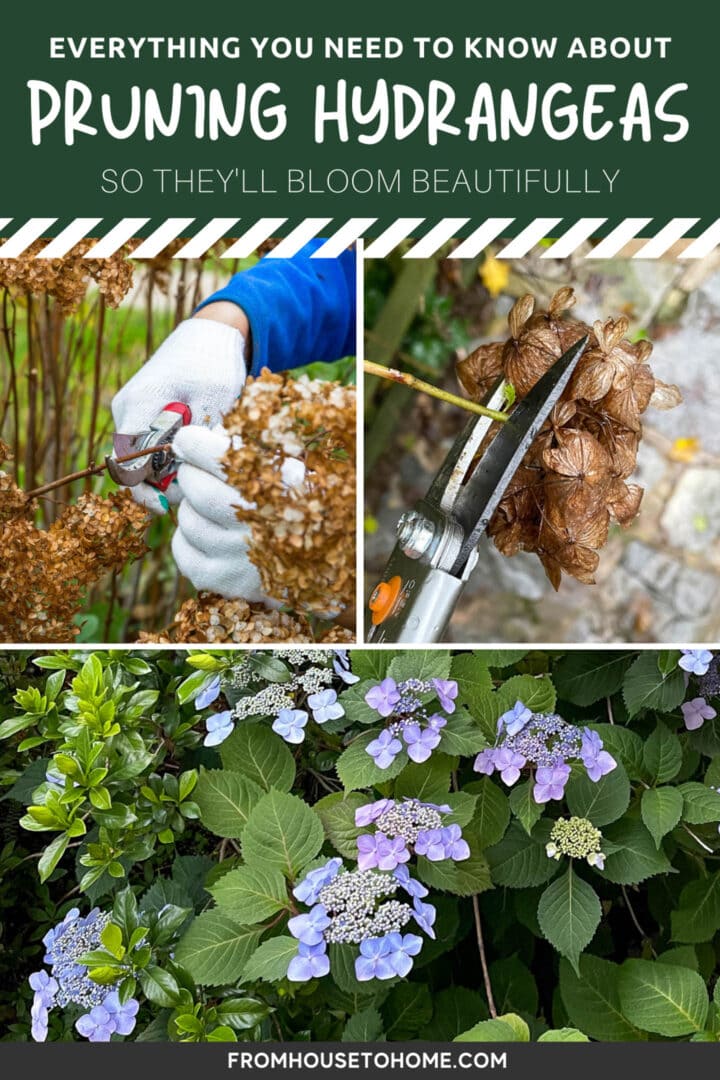 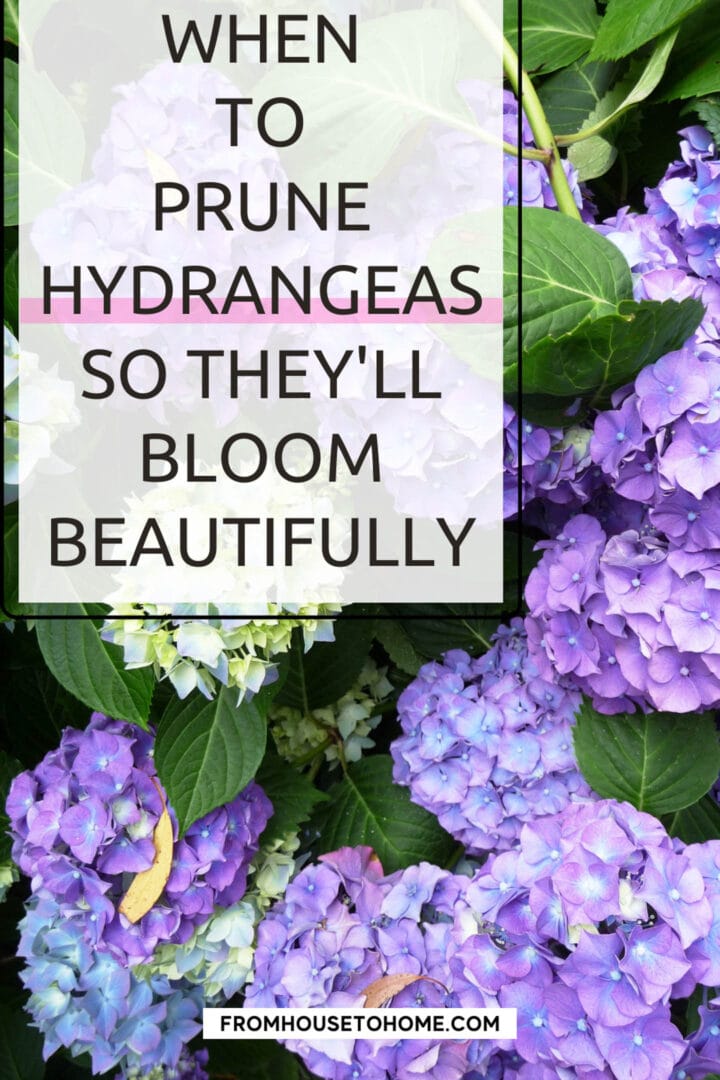 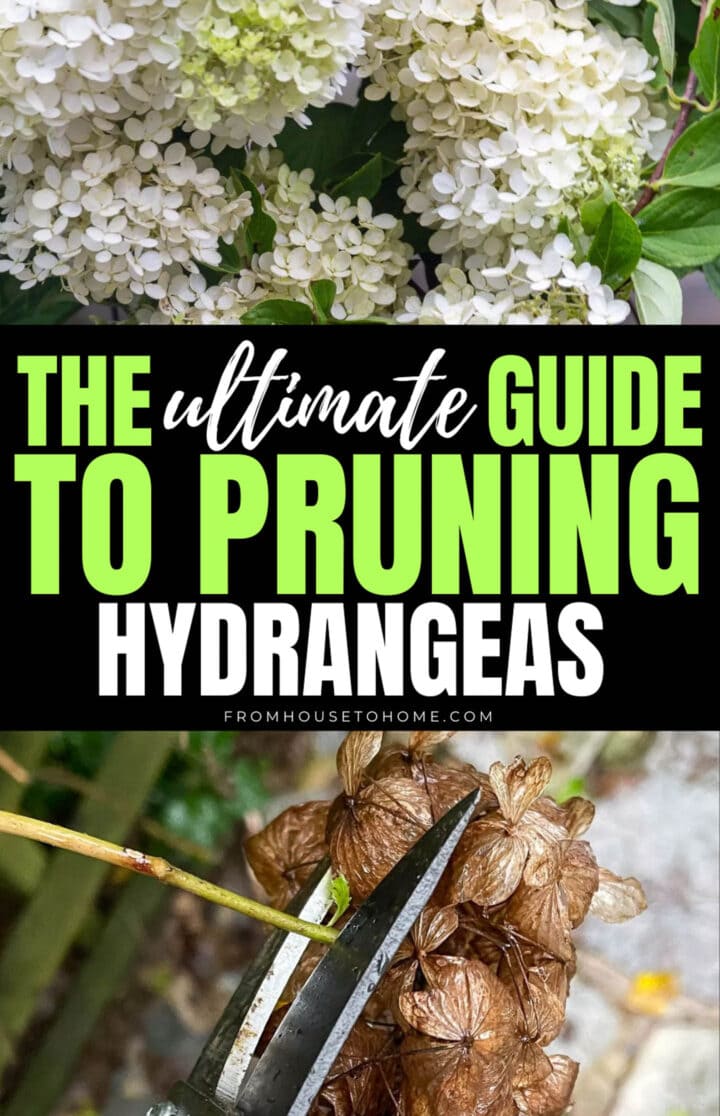 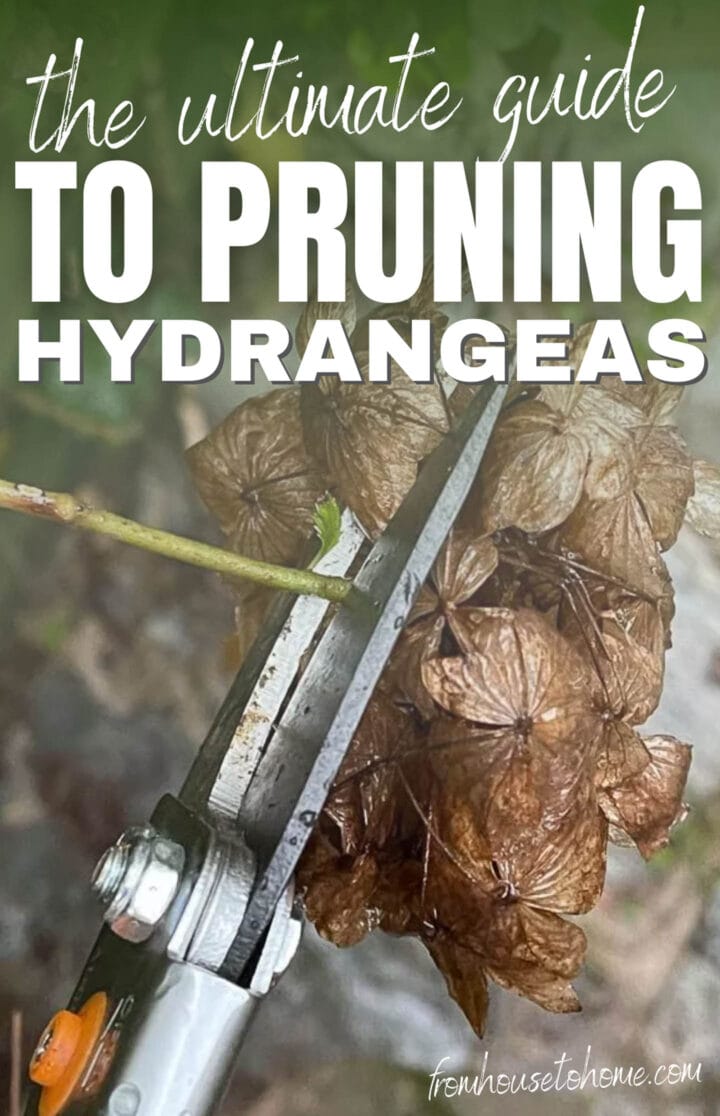 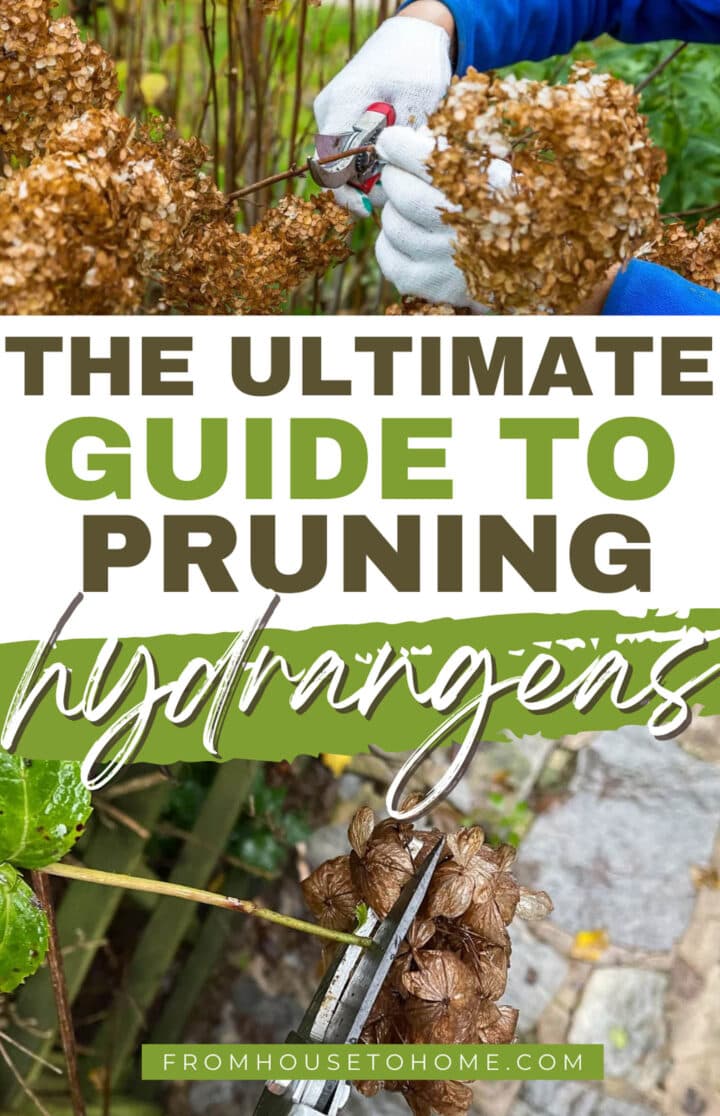 Hydrangeas are beautiful flowering plants that can add a lot of color to your garden. They’re also pretty easy to grow, but if you don’t prune them correctly they won’t look their best. We’ll tell you everything you need to know about pruning hydrangeas so they’ll bloom beautifully every year!

Pruning hydrangea bushes is easy to learn, but it can be confusing because different varieties have totally different pruning requirements.

And cutting them at the wrong time can result in no flowers.

Follow these pruning instructions to make the best decisions about when to prune your bushes and how much to remove for the best results.

Identify what type of Hydrangea you have

The first step to successful pruning is to identify what type of Hydrangeas you have.

There are three kinds:

Old wood Hydrangeas are the ones that bloom on last year’s growth, with flowers appearing in late spring or early summer.

They set their new buds the previous year as last summer’s flowers were fading.

The buds overwinter on the stems until the spring and then bloom when the weather gets warmer.

Which usually means they bloom later in the season because they have a lot of growing to do first.

The reblooming varieties are really a combination of the two above.

They have two sets of flowers.

If you’re not sure which type your Hydrangeas are, use our Hydrangea identification guide to help figure it out.

How to prune Hydrangeas

Hydrangeas that bloom on old wood don’t require any pruning if you’ve planted them in a space that gives them room to grow.

But if you do need to cut them back or shape them, it’s best to do it in the summer when the blooms have started to fade.

Pruning them in late summer, fall, late winter or early spring will remove next year’s flower buds and cause the plant not to bloom the following summer.

To make the plants look neater, you can remove the old Hydrangea blooms in the summer or fall by snipping them off just below the flower head.

However, I usually leave them there all winter since the dried flowers add interest to the landscape.

To encourage more blooms (that are usually smaller) trim back the ends of the stalks to the first set of buds (or leaves) when the plants are just starting to grow in the spring.

Then cut out any dead wood.

I do this after I’m sure the last frost date has passed since it can stunt the growth of the whole stem if the new growth gets nipped by cold weather.

Since new wood varieties bloom in the summer on the stems that just grew in the spring, you don’t have to worry about cutting off the buds if you prune at the end or beginning of the growing season.

In fact these bushes often benefit from being cut back pretty hard in the early spring, which encourages more branching and flowers.

In the first couple of years, pruning them almost all the way down to ground level so that the stalks are only 6 to 12 inches high will create a fuller bush.

After that, pruning the branches so they are 18 to 24 inches high provides a sturdy framework for the new growth which can prevent the flowers from flopping.

Try to make the cut right above a pair of healthy buds to encourage quick growth.

If you prefer to have fewer but bigger flowers, cut out some of the stalks altogether. The plant will use the extra energy to increase the bloom size on the remaining branches.

Having said all that, these Hydrangeas will do just fine without regular pruning, as long as you don’t mind their size.

You can remove the dried flowers from the new wood Hydrangeas if you don’t like the look of them.

However, I usually leave them on the shrub until spring to provide winter interest in the garden.

I treat reblooming Hydrangeas that bloom on both old and new wood the same way that I do old wood varieties.

The bad news with the reblooming varieties is if you do need to prune them, timing it so you don’t lose any flowers is pretty difficult .

But the good news is that you should still get some blooms to appear, regardless of when you prune.

Have comments or questions on pruning Hydrangeas? Tell us in the section below. 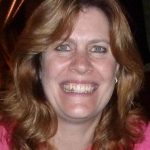